Sundance Vacations can now add another two Stevie Awards to their list of accomplishments.

On Friday, February 27, Sundance Vacations staff attended the Stevie Awards for Sales and Customer Service in Las Vegas, Nevada.  It was here that our Hazleton, Pennsylvania office and its manager, Lisa Merola, each brought home an award at the bronze level.

Lisa Merola (left) and April Blendick (right) talk about what winning a Stevie Award means to them.

Manager Lisa Merola, a Hazleton native, was nominated in the Contact Manager of the Year category for her continued excellence in managing Sundance Vacations’ Hazleton office.  Merola took on a project over the past year which involved her and her staff using current leads, rather than new ones generated by the company.  This saved Sundance Vacations on lead generation costs, which amounted to the company making a substantial savings over 2014.

Merola’s vision guided her staff to be one of the best and most cost effective pieces of the business this past year.  Her ability to teach, inspire and coach her staff to nurture the leads already in the system allowed her to not only save the business money, but build a better way of doing things that can be implemented by any company.

Despite the changes in the processes, the Hazleton office didn’t falter at all, in fact, they flourished.  This is why the office was nominated in the Contact Center of the Year category.  With Merola at the helm, the team was able to not only take on the challenge in front of them, but also succeed while doing it.  So much so that when they were faced with the choice to switch back to the old way of doing things, they decided to stay the course with the new methods.

Both the Hazleton office and its manager were able to bring home Stevie Awards for their amazing successes in 2014.  Other companies that were honored at the Stevie Awards this year include Vizio, Delta Airlines, DHL and MassMutual Life Insurance.

Sundance Vacations’ Hazleton Office and its manager, Lisa Merola both brought home Stevie Awards this weekend. Both were honored at the bronze level.

The Stevie Awards for Sales and Customer Service are billed as the, “the world’s premier business awards competition.”  Operating in the United States and Internationally, this Award is known well among businesses.  Sundance Vacations is proud to have such dedicated and amazing employees that help to continue our successes and make them an industry leader.

Sundance Vacations is no stranger to the Stevie Awards.

The business has now won multiple awards in a number of different categories.  Last year, Sundance Vacations brought home three awards, one at the gold level, and in 2013, the company added seven awards to their trophy case.

To read more about the nominations of the staff, check out our original post here: “Sundance Vacations Named Stevie Awards Finalists”

Previous post How to Save on the Hotel Minibar 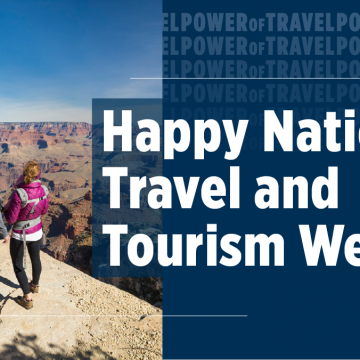