The Sundance Vacations Harrisburg, PA office is all about customer service! 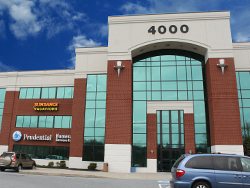 “Initially, I was hired as a  sales reps at the Sundance Vacations Harrisburg office in 2011 and  named sales director of that office in 2018,” Jason explained.

In 2007, the Kaspers were called upon to open Sundance Vacations new Harrisburg office. “In our first year there, we were named as Sundance’s office of the year, which we still consider a shining moment,” Barb emphasized.

The Kaspers remained as sales’ co-directors in Harrisburg, PA until 2009 when they assumed the same positions at the King of Prussia office where they remained until 2010. The office has changed hands from the Kaspers, to Bill Sisk, and now to Jason Burnham and remains as one of the best sales centers in the company.

The Kaspers returned to Harrisburg, Pennsylvania in 2010 and rotate with Sundance Vacations Wilkes-Barre location every other week for sales.

At the Sundance Vacations Harrisburg office there are 14 sales people, one manager and two administrative positions. Office hours are Tuesday through Friday from 4:30 to 9:30 p.m. and Saturday from 9:30 to 3:30 p.m.

“We see 100 to 130 clients per week, primarily from Pennsylvania, and have a 30 percent close ratio on sales. It’s not a bad number, but it always could be better,” Jason stated.

Check out what it’s like to visit one of our offices!

“Every year we love to work with and sponsor charities. We also have fund-raisers for the battered women’s shelter in Harrisburg, the Make-A-Wish Foundation and Breast Cancer Awareness, among others,” Mike said.

Mike shared that him and Barb have a special place in their hearts for the food and clothing drive the Harrisburg office conducts for the Thanksgiving and Christmas holidays.

And how does Mr. Burnham feel when it comes to the treatment of clients? “My philosophy is that we want clients to leave a little happier than when they came in. We strive to make the sales presentation a good and positive experience. And we pride ourselves on client feedback and we always seem to place number one in customer satisfaction, based on a two-question survey clients fill out,” Jason stated proudly.

For 2018, The Harrisburg office again supported a great cause, the United Methodist Home for Children’s 7th Annual Jim Young Memorial Golf Tournament at Carlisle Country Club in Carlisle, PA. You can read more about the event and get information about participating next year on the Sundance Vacations Charity website.

Check out our other locations!

Our Sundance Vacations Harrisburg office location is located conveniently by highway route 81 and serves those in Dauphin County. You may have seen us at the Pennsylvania Farm Show or at the RV Camping Show. 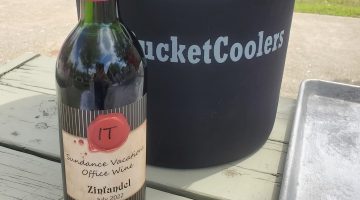