Coming soon to a galaxy near you! 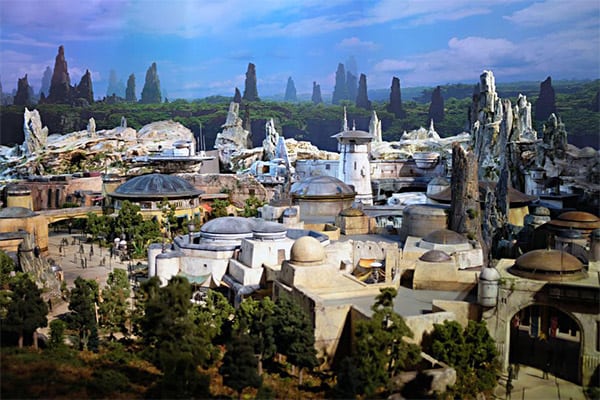 Do you consider yourself a Star Wars fanatic, or even just a Star Wars fan in general? Well, in 2019, you can get the best Star Wars experience yet, at Disney’s Star Wars: Galaxy’s Edge!

Covering 14 acres, the Star Wars Galaxy will include two rides, a Cantina restaurant, along with new stories, creatures, smells and plenty of high-tech effects that will bring the fantasy universe to life.

Galaxy Edge will take park on the planet Batuu in an area called the Black Spire Outpost. The outpost is a crossroads for travelers, adventurers and smugglers in the Outer Rim region of space. Disney describes Black Spire Outpost as a haven for the galaxy’s most colorful and notorious characters, and a place to avoid the expanding reach of the First Order.

Although we don’t yet know what the rides will be called, Disney did give us some details!

On one ride, you’ll get to take part in a battle between the First Order and the Resistance! Riders will step aboard a resistance troop transport ship to be taken to the Star Destroyer. After you’re put on the Star Destroyer, you will take part in a battle in the hangar bay! The ride vehicle will hold eight guests and is designed to look like a small transport vehicle used by the First Order. Disney is also building two giant AT-AT walkers for this attraction. In a recent press panel, one of Disney’s Imagineers described it as the most epic attraction ever designed!

The second ride will be a Millennium Falcon flight simulator! As riders fly Han Solo’s ship, they will be in complete control while flipping switches and shooting blasters! The performance of your flying will affect the ending! Perform with skill and you’ll get rewarded. Bring the ship in banged up and you could be put on the list of a bounty hunter named Harko. If you have to deal with Harko, that may mean trouble if you show your face at the local Cantina. The outcome of this ride can follow you as you walk through the land!

Although we don’t know that much about the Cantina, we do know that one item they’ll be serving is blue milk (the drink Luke Skywalker drank in A New Hope). While hanging out at the restaurant, they will also have RX-24, also known as Captain Rex of the original star speeder simulator ride, as the DJ at the Cantina!

While exploring the Black Spire Outpost, guest can also run into Chewbacca, BB-8 and Nein Nunb, and a rebel alliance pilot from Return of the Jedi and The Force Awakens!

Although we don’t know everything about this park, and what technologies/attractions it will have, it’s definitely something all Star Wars fans can get excited over!

Check out a fly-through of Star Wars: Galaxy’s Edge

Check out some concept art on how Star Wars: Galaxy’s Edge will look!

Before you head to Disney, make sure you check out other articles on Disney/Orlando:

Select a time to visit Sundance Vacations, and learn about our vacation deals and the promotional trip!

See all the destinations we have to offer on the Sundance Vacations YouTube Channel.

Article Name
Coming soon to a galaxy near you!
Description
Do you consider yourself a Star Wars Fanatic, or even just a Star Wars fan in general? Well in 2019, you can get the best Star Wars experience yet, with the opening of Star Wars: Galaxy’s Edge!
Author
Robert Orloski
Publisher Name
Sundance Vacations
Publisher Logo 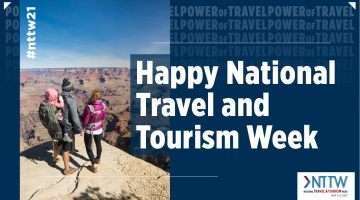