WILKES-BARRE, Pa. — Sundance Vacations has been named one of the Best Places to Work in New Jersey for 2016, it was announced on February 8 by the Best Companies Group.

On April 19, the Sundance Vacations Parsippany, NJ office was named number 21 for large sized companies in the state for its employee satisfaction. 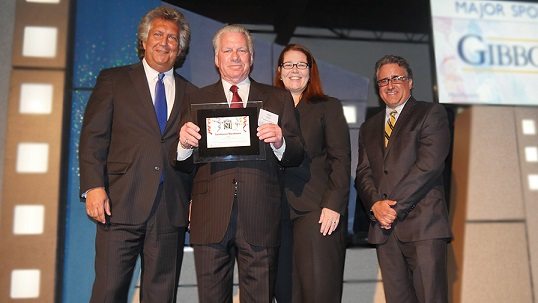 This is the fifth time and fifth year in a row that Sundance Vacations has placed on the list.

Sundance Vacations, a leading provider of destination-based vacations, operates a single office in the Garden State which is located in Parsippany, NJ.  As one of the company’s six sales offices, the Parsippany team is tasked with meeting our travelers face to face and providing them with onsite customer service.

The team there, led by Sales Manager Mike Milillo, has been helping to provide prospective and current travelers with the ability to take amazing vacations to awesome destinations for just a fraction of what the retail cost would be.  The office has been open since 2012.

In previous years, Sundance Vacations has placed 30, 29, 12 and 12 in the years 2012-2015, respectively.  This year we ranked 21 out of 30 prestigious large sized companies such as Affinity Federal Credit Union and Wyndham Worldwide.

“Our team in New Jersey does a tremendous job,” said John Dowd, Sundance Vacations CEO and Co-Founder.  “From the top to the bottom, we want to make sure that every one of our employees is happy.  Happy employees are more productive and engaged, plus they will go the extra mile to make sure that our travelers, and prospective travelers, have their every need taken care of.”

Employees are surveyed on topics like benefits, policies, engagement and satisfaction.  The results are then complied by the Best Companies Group and the rankings are determined.  Countless other companies, like Mercedes Benz, Edward Jones and Esurance, have been named to this list, meaning Sundance Vacations has shared some very prestigious company.

Sundance Vacations has also been named to the list of Best Places to Work in both Illinois and Pennsylvania.  Just this past year, CEO John Dowd was honored as one of the Top Ten Small Business CEOs in North America by Glassdoor.  Clearly the company’s employee base has faith in what their mission is: “We share the common goal of enriching the lives of our customers and each other by helping people experience quality vacations through caring, professional service.”

If you need more information about the Best Places to Work list in New Jersey, visit www.bestplacestoworkinnj.com.

Sundance Vacations is a national travel company that specializes in destination-based vacation accommodations. The company is headquartered in Wilkes-Barre, Pennsylvania and maintains offices in New Jersey, Washington DC and Pennsylvania. Sundance Vacations placed in the Best Places to Work in Pennsylvania by Best Companies Group for four consecutive years and the company’s CEO, John Dowd, was named as one of the Top 10 Best Small Business CEOs in all of North America by Glassdoor in 2015. The company has been honored as one of the Fastest-Growing Travel Companies in Pennsylvania by Inc. 500/5000 multiple times and has won numerous awards for its charity and community involvement.