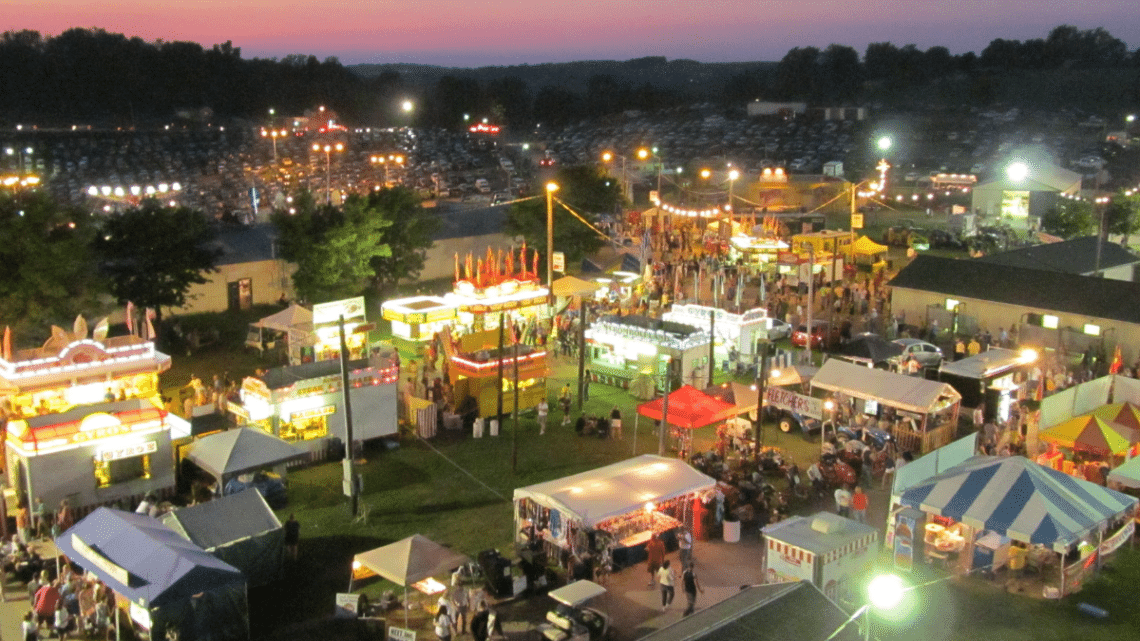 Sundance Vacations is proud to sponsor the Westmoreland Fair for the fourth consecutive year!

This will be the 63rd year of the Westmoreland Fair, which was created in 1954 by a group of local farmers and businessmen with an interest and passion for agriculture in Westmoreland County. In the very beginning of the Westmoreland Agricultural Fair and Recreation Association, the Fair organized by the Association was held at Idlewild Park, in Ligonier, Pennsylvania. Now the fairgrounds are on a 170 acre farm near the village of Mutual, and in 1990 the fair constructed a new Grandstand Arena complete with roof and with seats for 5,600 and room to expand audiences to more than 8,000.

The fair will be held from August 18 until August 26, 2017. Admission to the fair and exhibits is $7, which includes parking, amusement rides, admission to all commercial and agricultural exhibits, and judging exhibitions. This does NOT include Admission to the grandstand.

The fair will have Demo Derbies, Tractor Pulls, Horse Shows, Rides, Music, a Movie Night, Food and much more!

Check out the daily schedule, or view the full calendar here.

The Westmoreland Fair starts tonight, and we are proud to be a sponsor for the fourth consecutive years! https://t.co/YdOAIywurb pic.twitter.com/9hrFDm5rxu