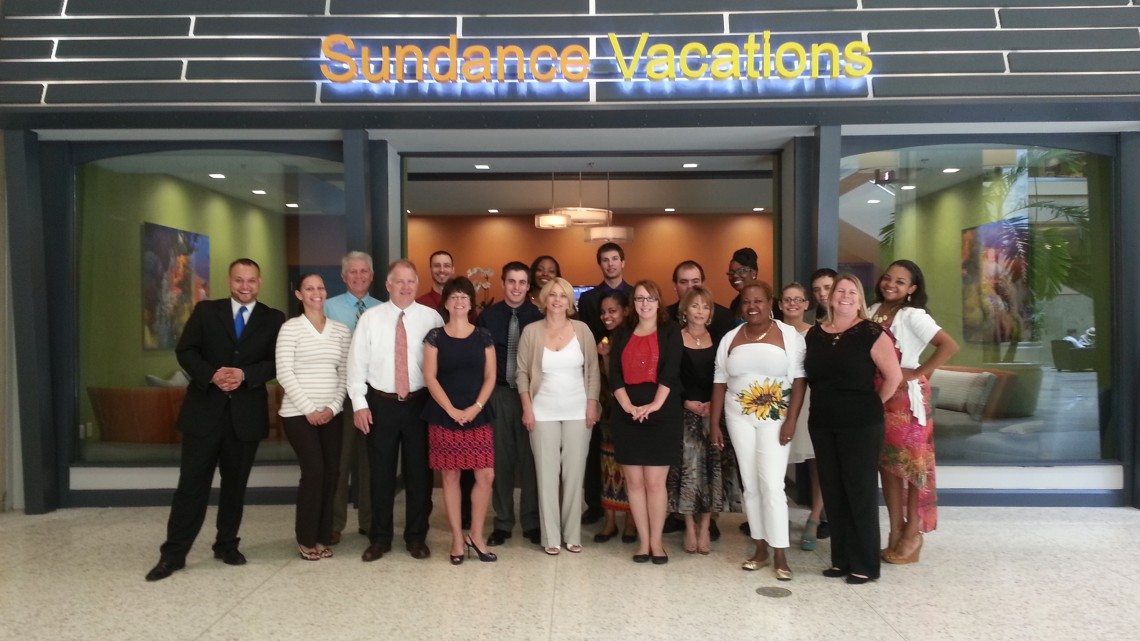 As sales director of Sundance Vacations’ Pittsburgh office, Jim Lambert follows suit of all of Sundance’s sales offices when it comes to dealing with clients.

“We go by the ‘Golden Rule,’ which is treat people in the same manner you’d want to be treated. At an early age this was instilled in me by my father, who was big on treating people the same way in which you would want to be treated,” Lambert explained.

Lambert, who has been part of the Sundance Vacations  family for the last nine and one-half years, became sales director of the Pittsburgh office since June of 2014 and prior to that he served as co-director of sales at the office. “I worked out of the Harrisburg office from 2007 to 2013, first as a field manager and then as co-director for a few years before going to Pittsburgh in June of 2013,” he offered.

The client base at the office is primarily from Pittsburgh, but clients also hail from as far away as West Virginia and Ohio. On average, the office sees hundreds of clients each week. According to Lambert, the closing percentage at the Pittsburgh office is strong. “We always pushing for a higher number percentage-wise,” he added.

In line with treating clients like gold, those attending the multi-media presentation are offered coffee, tea, bottled water and an assortment of cookies.

Lambert said the Pittsburgh office has a staff of 20, which includes two administrative positions. He said training sessions are held every Wednesday and individual training happens almost on a daily basis. The sales pitch is pretty much formulaic in that a standard outline is followed. “The people are coming in for the four-day, three-night cruise to the Bahamas, as well as the round-trip airfare for two. It’s our job to interest them in our wholesale weekly vacation packages.“Though they’re under no obligation to by anything, it’s our job to make the sale.”

And like all of the Sundance Vacations’ sales offices, the Pittsburgh office also takes part in charitable endeavors. “Every Christmas, we go to Toys R Us and purchase toys that are donated to the Children’s Hospital of Pittsburgh. . Last year, we purchased eight shopping carts of toys that we donated to kids at the hospital,” Lambert said.

He said the Pittsburgh office also has fund-raisers for the Make-A-Wish Foundation and other charities.

“I love what I do and I really enjoy talking with people and that’s what sales is all about,” Lambert stressed.

The Sundance Vacations  Pittsburgh office is located in the Monroeville Mall and is open Tuesday through Friday from 4 to 8:30 p.m. and Saturday from 10 a.m. to 4 p.m. If you like to contact Sundance Vacations, call 1-800-220-9400 today!